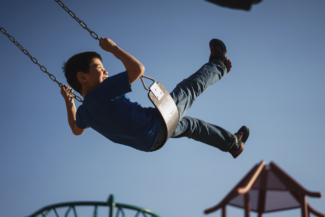 How do I know that a gift given will be used the right way is a question that we get asked when people are exploring Common Change. Here’s a story of a recent gift given by a Common Change group that wasn’t used in the way that the group originally discussed.

Jasmine knows that when it rains, it pours. First, the sole family vehicle broke down. Around the same time, Jasmine’s husband Ricky lost his job, and with it their only income stream. Fortunately, he was re-hired a few weeks later, but the temporary hit took a big toll. The car was still out of commission, so Ricky had to take a Lyft to work. The bills didn’t stop coming when the income was interrupted, so some days they had to choose between food and getting Ricky to work. And in those weeks when he missed shifts, his paychecks were short. The bills kept piling up and rent couldn’t be paid on time. Before the car died, Jasmine would have brought Ricky to work and then the kids to school. Now, Ricky was able to hop in his co-worker’s truck to and from the job site, and Jasmine would walk the kids to school. But on rainy days, neither Jasmine nor her kids wanted to walk the half mile and get soaked. Cassie, another mom from Jasmine’s kids’ school, offered to bring the kids so they wouldn’t miss school.

Because there was something of a relationship there, and because Cassie knew about the car troubles, she was able to activate the generosity of her Common Change group in requesting funds to help fix Jasmine and Ricky’s car. That in itself was a brave and kind gesture, accompanying Jasmine into the uncertainty and stress of the situation. But once that door was opened, it was Jasmine whose courage really shined. She set her pride aside and, recognizing the hand reaching out to offer help, took the invitation to give voice to what she really needed. The car was still a big need, but the bills that went unpaid would have caused bigger problems than having to walk to school in the rain. Jasmine and Ricky were facing utility shut-offs and possible eviction from their apartment. But they heard the voice offering comfort and support and they responded. Their faith to ask for what they needed is an example for all of us. They received the initial gift with humility and gratitude, never having expected that the spiraling circumstances would have left them as low as they were, but also as surrounded with community as they felt. They didn’t stop there, though. They used their voice to see if, just if, there was even more abundance available to meet their needs. They could have stayed quiet, feeling they could not ask for more after having gotten a little bit. They could have kept their needs to themselves, fearful of the inevitable desperation that would soon swallow them whole. But instead, they started by just asking. They stepped out in faith to see if possibly the source of goodness which touched them once was still present to listen and
respond.

Sometimes, maybe often times, the money we give gets used toward something other than what we thought it would. There is something scary but also liberating about giving up control over where your money goes. We lift it up, trusting God and entrusting its stewardship to the wisdom of the group. By the time the funds arrive at their destination, there may be another need that pops up. We take the step of responding to needs we see, but we are often reminded that the person with the need can best identify the solution.