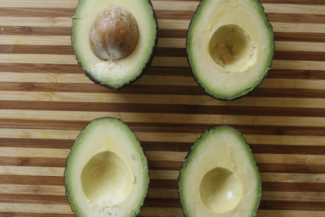 “Everybody gets 4 slices of avocado”, declared my 9-year old son.

Every family has its own little traditions and one of ours is that often, on a Saturday lunchtime, we’ll eat ‘Supersonic sandwiches’. It basically means that we have baguette but no idea what to fill it with, so we just pile on the table whatever ingredients we have and let the kids improvise. My son’s statement reveals that he’s figured out that some of the ingredients are going to be in high demand, especially if there’s an avocado in the mix.

“You’ll make a good economist son,” I told him.

What none of us around the table disputed was that the avocado was ours. It belonged to all of us. We just needed to figure out the fairest way to share it.

One of the most famous stories that Jesus told was of a youngest son who asked his father to divide the family inheritance early. As the story unfolds the son learns a painful lesson, that his desire to take what was ours and reduce it to what is mine, led him into poverty and loneliness. At the end of that story an elder son is brought into the scene and the father says something deeply profound to him:

“Son, you are always with me, and all that is mine is yours.” Luke 15:31 (NRSV). It’s a wonderful illustration of the way that claims of individual ownership become less relevant as relational proximity increases.

It’s just one of the many places throughout the bible that wealth is described as something that is held in common. We can follow this golden thread all the way from the covenant economics of the Torah, pushing back against Pharaoh’s grain hoarding and land grabbing; to the kingdom economics of the early church, who, in the face of merciless taxation by the Romans, worked out how to ensure there were no needy amongst them.

But aren’t such stories a bit primitive and idealistic? They feel like they come from ‘a long time ago in a galaxy far, far away’. How can they be relevant to us now?

Last year, a team of European researchers were given a large sample of anonymised customer records by ING Bank in the Netherlands. The aim of the research was to use ‘big data’ to study the behaviour of households in relation to joint financial products such as current accounts, savings accounts, and mortgages. Bearing in mind that they were studying attitudes towards sharing financial resources within very close human relationships their findings were fascinating. In the final report three conclusions stood out:

Reflecting on the larger social and economic message of this research we might conclude the following: When it comes to money specifically, our modern tendency is to think of it as something that is mine, not ours, even within close personal relationships. However, the principle of pooling is still being widely practiced, showing that society hasn’t yet given up on the possibility of sharing being a key part of our economic wellbeing.

It was the gradual realisation that living faithfully as followers of Jesus had implications for our money that led our family to form a Common Change group, along with some friends from church. We were conscious that as friends we had begun to journey together, with a shared desire to make a difference in our community. Starting a ‘common fund’ together seemed like the obvious next step for us. We’ve committed together that we’ll put in £10-£50 a month, depending on what we can afford. Once the money is in the common fund it becomes ours and is no longer mine.

The pot quickly grows prompting conversations about what to do with it. This is where the Common Change ethos of looking outwards rather than inwards is really attractive. You see, our common fund isn’t an insurance policy for the member families, to smooth out life’s financial ups and downs. Instead, it’s a collective giving pot. We use it as a way to grow together in generosity. Whenever any of us knows of someone in our community who is struggling, we can discreetly make a request to have some of the money from the pot distributed to them. If the group agrees, which they generally do, then the gift is released. At this point, whether we have personally contributed a little or a lot to the common fund doesn’t really matter, as all of us equally share in having been able to support someone in a time of need.

So, back to my youngest son and the division of the avocado. He has absolutely the right sentiments, in wanting everyone to have an equal share. But my older son is right too; in pursuing our desire for economic fairness we must be careful that rigid systems of distribution don’t undermine the dynamic forms of common economic life that already exist between us. Rules should not work against relationships. That’s why we think our little common change group is so important. It can’t solve every problem in our community – we haven’t suddenly become the welfare safety net for our whole town. Rather, being part of it serves as a constant reminder that by being willing to share a proportion of our financial resources within a ‘common-wealth’ we can generate all sorts of exciting possibilities.

Matt lives in the Tyneside town of North Shields with his wife and two children. He runs a small management consultancy business and represents his community as a local councillor. His recent work on the economics of collective giving was recently published with the help of Shane Claiborne and Tony Campolo. Read the work and watch the video from the event.