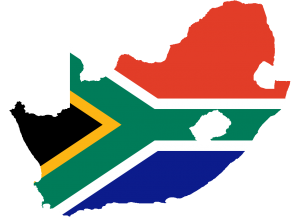 I grew up in South Africa and while I don’t think I would have ever called myself ‘poor’ growing up, i definitely was aware that we had less than most of the people I was at school with. And so ‘relative poverty’ I guess, although with regular meals, more than enough clothes and a comfortable place to live, the word ‘poverty’ there feels starkly out of place.

We weren’t so much poor as less rich.

Which as a white person in South Africa up to this point, is the likely narrative.

Now, as an adult, trying to be someone who engages with the necessary race conversations and the closely-related socio-economic issue in my country, I cannot call myself a follower of Jesus and ignore the very real poverty that exists around me.

But I come to realise more and more just how complicated it all is. There is no one-size-fits-all paradigm or practice or mindset that is going to work well. Case by case or more importantly person by person, I need to be discerning as to how best to proceed.

Support The Work of Common Change

You don’t need to search for poverty in South Africa. It is standing with a sign at the traffic lights and it will likely knock on your door and ask you for food during the day, often with a small child as an accompaniment and, to be unfortunately cynical, a guilt-enducing prop.

It is painfully obvious that as an individual I am not able to transform this situation alone. But it is also easy to be so overwhelmed by the enormity of the need as to feel paralysed and do nothing.

And I have no doubt that relationship is one of the most important things. Instead of giving something out of the window at the traffic light to ease my guilt, I am getting to know some incredible guys from the townships.

There may come a time when I will be able to help them from my point of privilege or having finances, but they have already educated me so much in terms of the history of South Africa and even in understanding the politics of the majority today.

When poverty has a face and a name then it moves from handout and charity towards ‘helping my friend’ and ‘being there for my family’ which feels like such a more powerful force.

And when I realise that everyone has something to give, then I will hopefully be rescued from the ‘white saviour’ mentality and the power dynamics it creates and just become part of a community of people doing their best to see each other succeed well in all areas of life. 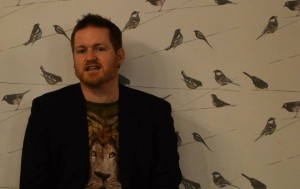 brett “fish” anderson is a South African passionate about loving God and people and seeing the church live out what we say we believe. He is married to tbV [the beautiful Val] and owns the world’s most famous stuffed dolphin called No_bob [cos he doesn’t bob!]. brett has just written and published the book ‘i, church’ which he is hoping will help the church to get a little more creative about how we live well here. He blogs a lot at https://brettfish.wordpress.com