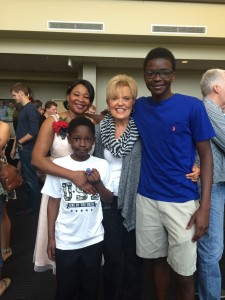 Common Change has a deep and significant commitment to relationships, and those relationships extend to refugees. One of the very first requests ever met by a group of friends on Common Change was that of a refugee family from Sudan. Sudan was entangled in an unthinkable Civil War that saw millions killed and over 4 million displaced.

Four of those people were Hosnayya and her three children who found themselves in Cairo, Egypt.  In 2004 there was an American teacher, Jackie, working in Cairo, who became friends with Hosnayya and helped navigate the resettlement process to the United States. Speaking Arabic and a little bit of broken English, Hosnayya and her three children were relocated to Omaha, Nebraska.  Like any major transition in life, Hosnayya experienced her fair share of significant bumps along the road.  Most devastatingly, her daughter, Rania, passed away after having a grand mal seizure (she had been diagnosed with epilepsy) shortly after arriving in the United States.

Hosnayya’s oldest son, Mohammed, was four years old when he arrived in the United States. This past spring he graduated high school and now is pursuing a degree in medicine at the University of Nebraska. They have come a long way and there is much to celebrate.

If you were to ask Hosnayya how she got to where she is, one of the things you would hear is the importance of relationships. She is where she is because of the community of people that welcomed her as one of their own, that celebrated in times of victory, that mourned in times of sadness, that helped create opportunity, and walked alongside her in times of need. 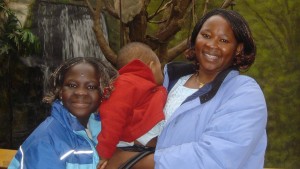 Join us in helping refugees in finding a culture of belonging by: