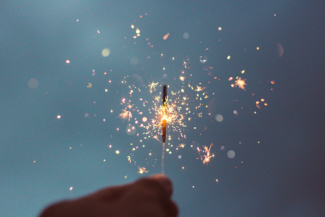 In other times, our culture, our way of being with each other, the way we spend our days, were constructed by Emperors, Popes, Generals and Public Servants.

Our cultural way of being is now constructed by the Private Sector, organizations of the free market consumer economy. The narrative of this economy is that productivity, convenience, scale, speed and cost are the dominant values and constitute success. These values, born out of the modern economy, have now spread into our souls and blanket any endeavor, including efforts in service of humanity and the common good. Best described as the tools of empire, this is a modern re-performance of Pharaoh’s Egypt.

We cannot end poverty, end the diaspora, terminate slavery, produce health, care for the planet, create well-being or end violence using the narrative and tools of empire. Our task it to create ways of being together based on an alternative economy which confront and re-frames this dominant economic narrative. Thus the word Economics in the title.

If we depart from the dominant narrative of consumption, we need a place to go. The Exodus into the wilderness away from Pharaoh is a metaphor for our journey. When viewed from within the context of empire economics, the wilderness appears to be a place of no visible means of life support. Inconvenient. What was discovered in the wilderness was the means of life support which we can call neighborliness. From God. From other immigrants. It was a gift minded community. It was based on associational life. Out of this came commandments of neighborliness. Paralleled in Islam were Sharia laws banning usury and devoting one third of the land to the common good. Thus the word Neighborly in the title.

All of this calls for something radical. The word, radical, asks that we reimagine the root of the matter. The habit of our immersion in the consumer economy often drives us to think in terms of the methodologies of the dominant culture. To become practical, goal oriented, measurement minded, desirous of scale, time pressured, asking how long will this take and where is it working. This is the wish to return to Egypt.

Neighborly economy means we operate as if we have enough time, begin with a possibility, accept an uncertain future, see the value of small, make relatedness and cooperation central, and are willing to invent the way.

(This article was originally published on https://www.restorecommons.com)