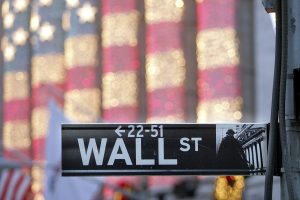 Fifty years ago today, Abbie Hoffman and his collaborators sent traders on NYSE sprawling for dollar bills. 15 years ago a handful of us sought to spark our own prophetic and economic imagination. Shane Claiborne wrote the below excerpt in Sojourners Magazine.

After months of laughter and dreaming, it really happened. It was a big day. And we were ready (though we still had butterflies in our bellies). About 40 people brought all the change they could carry, more than 30,000 coins in bags, coffee mugs, briefcases, and backpacks. Another 50 people would be meeting us on Wall Street. A dozen “secret stashers” ran ahead hiding hundreds of two-dollar bills all over lower Manhattan-in parks, napkin holders, phone booths. At 8:15 we started trickling into the public square in front of the main entrance to the New York Stock Exchange. We deliberately dressed to blend in; some of us looked homeless (some were), others looked like tourists, and others business folks. Word of the redistribution had spread throughout New York, and nearly a hundred folks from the alleys and projects had gathered. We had choreographed the celebration like a play production, making Wall Street the stage of our theatrics of counter-terror. At 8:20, Sister Margaret, our 70-year-old nun, and I stepped forward to proclaim the Jubilee.

Then Sister Margaret blew the ram’s horn (like our Jewish ancestors used to) and we announced, “Let the celebration begin!” 10 people stationed on balconies above the crowd threw hundreds of dollars in paper money, filling the air. Then they dropped banners which read, “Stop terrorism,” “Share,” “Love,” and “There is enough for everyone’s need but not enough for everyone’s greed-Gandhi.”

The streets turned silver. Our “pedestrians,” “tourists,” “homeless,” and “business people” began pouring out their change. We decorated the place with sidewalk chalk and filled the air with bubbles. Joy was contagious. Someone bought bagels and started giving them out. People started sharing their winter clothes. One of the street sweepers winked at us as he flashed a dustpan full of money. Another guy hugged someone and said, “Now I can get my prescription filled.”

The police had come in full force but were quite disarmed by the fun (hard not to smile at bubbles and sidewalk chalk). One of them later told me he was ordered to “get rid of them,” but he couldn’t tell who “they” were. Laughing, he said next time we have a jubilee, we could do it outside his station.

It worked. We had no idea what would happen. We knew it was dangerous, intentionally bringing God and mammon face to face. But this is precisely what we have committed our lives to. It’s risky, and yet we are people of faith, believing that giving is more contagious than hoarding, that love can convert hatred, light can overcome darkness, and grass can pierce concrete.