How Do I Participate 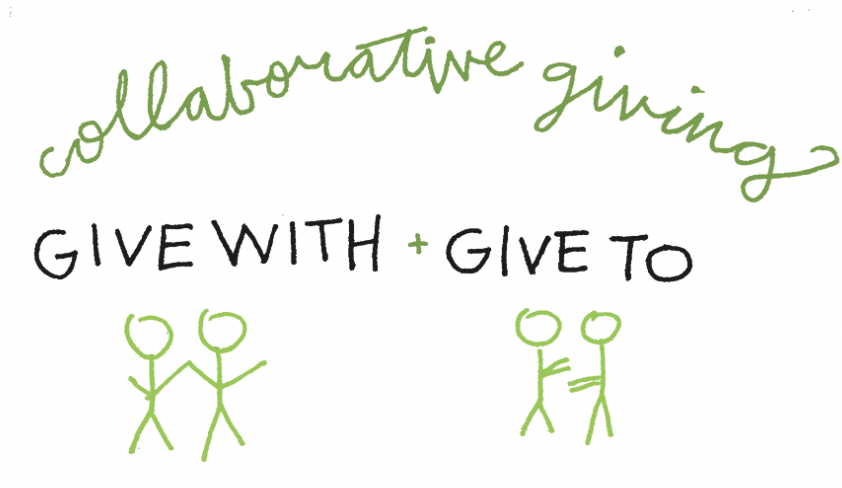 with friends around food.

Share a story about someone that you care about that might benefit from the common funds that were pooled together.

What Is This About

Maintain the primacy of relational connection in all giving and seek to dismantle the power dynamics entrenched in cross-socioeconomic resource sharing.

Demonstrate an economy of enough in an economic context that has modeled scarcity, disparity and unjust distribution of wealth. Start with what we have between us.

Honor and value all contributions and the wisdom of the group – whether money, expertise, experience, time, connections, opportunities, or suggestions.

Give in ways that always maintain the dignity of those receiving, honoring their privacy and personhood. 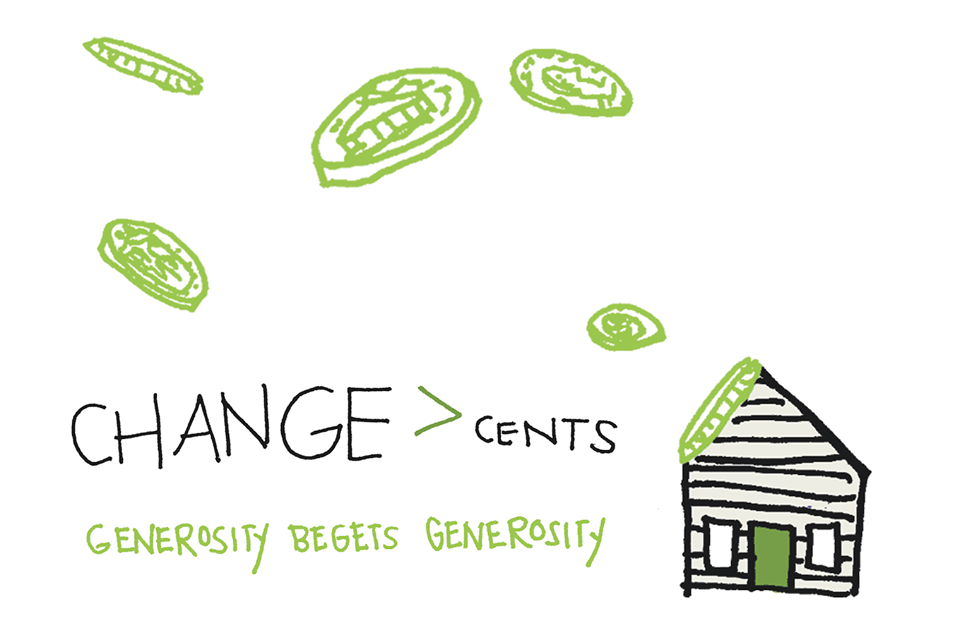 One of the most amazing aspects of generosity dinners is that it changes the way we respond to needs. Instead of ignoring or shying away from needs for lack of resources or wisdom, we get to proactively look for and respond to the needs around us.

This week leading up to the meal, start thinking about opportunities you might bring to the table. Think about your co-workers, community members, family, friends or neighbors. To get the juices flowing, here is a small sampling of some of the stories that have been met recently.

You’ll hear lots of great ideas during the course of the evening. Help the person making a request by exploring alternative ways the need could be met. Try to limit the discussion around each idea, to allow time for all to share.

Questions and short discussions around each request are encouraged; try to come up with at least one actionable suggestion, resource, connection or idea which can support the requester in their concern, even if the group chooses not to help financially. Ask questions to learn more. Click here for tips on how to present a request.

The actual decision-making process can be the hardest part. We have found that after engaging group discussion there is often a clear and natural group consensus as to how best the funds can be met. Common Change will send a simple follow up email with a link to suggest which story you would like to support. Common Change will keep the survey open for 72 hours and have guests weigh-in.

Remember to bring a dish to share, this is a potluck. Email your host if you have any questions. 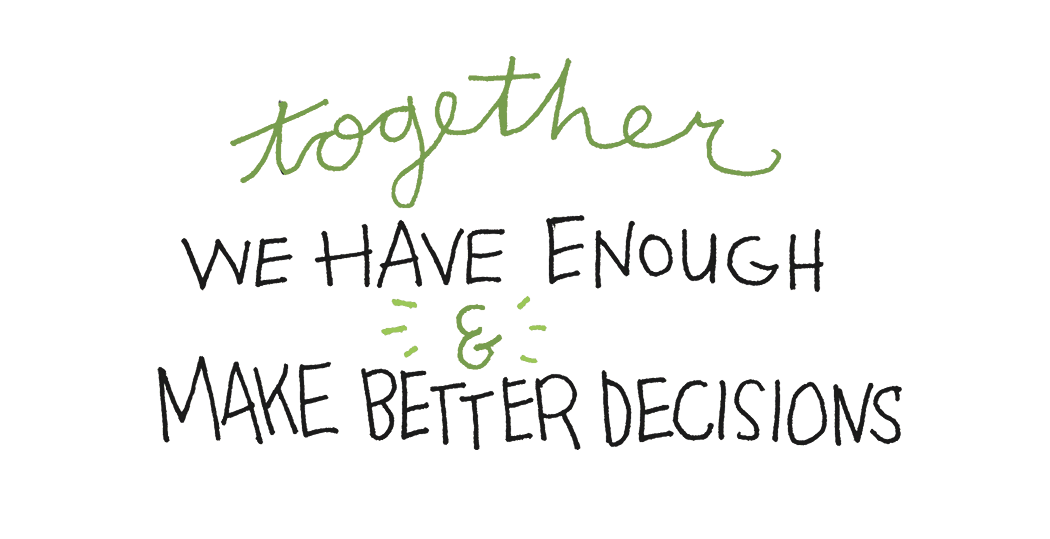 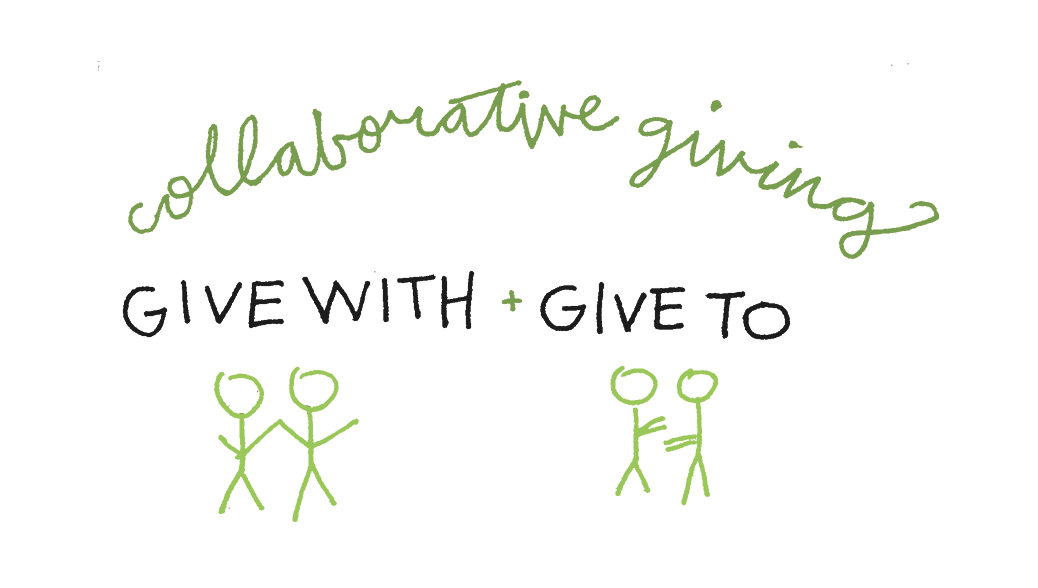 Below are some categories to think about and allow yourself to be creative. Groups have provided gifts from the smallest gift of a birthday cake that cost $1.58 to the largest gifts of medical bills, rent and car repairs. The greatest thing we’ve given has been ourselves.

A group in California helped an aged-out foster care student with food gift cards – but went further and took him shopping and taught him how to cook.

A group in California helped a single mom with phone bills to remain in contact with her kids while awaiting a heart transplant. On Dec 31 she received a new heart!

A 17 year-old Kenyan boy dropped out of school when his family could no longer afford school fees. A group paid for his last two years of schooling – and a member met with him regularly to mentor and encourage him.

A group in Oklahoma helped a friend with living expenses while he launched a self-sustaining business.

A D.C. group helped purchase a walker for a homeless friend. And celebrated Thanksgiving with him.

A group in Minnesota threw a party for a family living in a shelter – and a few months later helped pay the final costs on a Habitat for Humanity home for them.

Members in Virginia helped a friend with bankruptcy and legal fees – and spent hours with her giving financial advice and reworking her budget.

A group in North Carolina helped a dad setup his own business after years in prison – months later they drew alongside him as he sent his daughter to college.

Two members in Philadelphia advocated for help for car repairs for a friend in kidney failure – and then went and got tested to see if they could donate their own kidneys to him.

These are not distant acts of charity; these are gifts of love from one friend to another.

We have created PDF resources to help bring forth thoughts, ideas, and conversation, as you gather with friends, around the table!

How to Present a Request.PDF

Common Change was born out of a vision that still guides us: That there is enough for all who inhabit the planet. We believed then, as we do now, that if we could just get enough people together we could eliminate personal economic isolation.

Common Change believes that generosity begets generosity. Relationships rooted in generosity and gratitude matter because, in times of crisis, that web supports us in turn. This isn’t just what we do and believe at Common Change, it is how we operate as a nonprofit. By offering Common Change in the “gifting” manner we do, we are asking people to decide on their own “level of gratitude” instead of it being dictated to them. And, at this particular moment, we hope that you will reciprocate any amount of goodness that you have received from Common Change.